Are You Leaving Money on the Table? 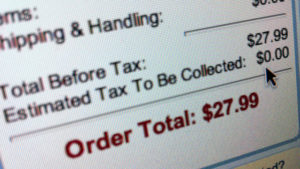 Is your tribe exercising its sovereign tax rights?

True sovereignty includes the right to levy and collect taxes, however, many tribal governments and their business divisions have not fully capitalized on the uncollected revenues that are hiding in plain sight. With its Tax Assessment Opportunity, Blue Stonecan help.

“Tribes could potentially be making millions in revenues that could be put to work for the community,” says Blue Stone Strategy Group founder and CEO Jamie Fullmer. “This is the next progression in developing a true tribal economy in a way that will continue to generate income for generations to come―money that could be used for roads, elder services, housing and education.”

Recently, Blue Stone worked with a tribe in the Midwest to conduct a tax assessment. We were able to identify overlooked tax income from its existing, tribally-owned businesses. Another tribe changed its tax code allowing its government to recover a larger portion of its revenues that had been going to the state.

“These were not one-time opportunities, but an ongoing, recurring income every year from now on,” says Blue Stone president John Mooers. “These tribes now have more income to serve their people, rather than giving it to the state, which provides little or no value to the tribal community.”

From fuel and cigarettes to luxury and leasing taxes, in most cases, says Mooers, there are at least 16 potential sources of revenues that tribes should consider.

“And the best part is that by focusing on tribal legislation and a small commitment to internal management infrastructure, it can be done with the resources and businesses and activities that are already in place,” says Fullmer. “So it doesn’t cost anything in terms of output – but can reap benefits for years to come.”

The first step is to initiate a thorough Tax Assessment Opportunity―not only to maximize your existing tax rates, but also to generate potential new sources of revenue. Some of the following are only a few of the dozens of potential sources of tax income that BlueStone has worked with Tribes to implement:

Fullmer says that a hallmark of sovereignty is the power to levy taxes, which has been an organizing principle of governance since the beginning of modern society.

“When we talk about the notion of ‘sovereignty,’ tribes must remember to exercise their right to tax,” says Fullmer. “This is one of the pillars of federal Indian law, which has been affirmed and re-affirmed by Congress and the Supreme Court. So the key thing to remember is that if cities, counties, states and the federal government can levy taxes and fees, tribes also have the same right. Tribes are sovereign, co-equal, land-based nations with the power to raise revenues and Blue Stone believes that you should fully embrace and exercise that right.”

If you’re tribe is ready to initiate its Tax Opportunity Assessment, give us a call today at 949-476-8828 or email jmooers@bluestonestrategy.com to schedule an appointment with Blue Stone’s experts to help your tribe access the revenues it deserves.