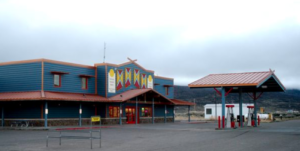 As Indian country continues its trend toward diversification in economic development, many tribes are including reviewing the efficiency of their existing convenience stores or adding convenience offerings as a means of creating both revenue and jobs and community pride.

Whether as a complement to their existing gaming operations or as a stand-alone enterprise, convenience stores offer a flexible approach that works for both urban-based and rural tribes, says Jason Mancini, senior strategist for the Arizona-based Blue Stone Strategy Group [BSSG].

“We have been helping communities develop and grow new economic opportunities through travel centers, fuel distributorships, smoke shops and quick service restaurants as a way to stabilize their economic portfolios,” says Mancini, “Unlike the rest of the country, these tribal businesses don’t just represent an individual, a family or a corporation, they represent their tribal Nation.”

Blue Stone Strategy Group’s team has over 35 years of combined experience in convenience stores (known as “c-stores”) and all aspects of the industry, including feasibility planning, budget forecasting, site selection, and construction oversight.  Once the facility is built, BSSG also provides wholesale vendor selection and negotiations, comprehensive management audits to examine operational efficiency, methods of control, operational procedures, as well as its use of financial, human and physical resources.

Additionally, BSSG has worked with many Tribes to design and organize c-stores as well as implement store policies and procedures, as well as working to help ensure the execution of efficient and effective organization structure of all operational levels for the facilities.

Oftentimes, says Mancini, these businesses reflect a tribal nation in their architecture, logos and interior design and become a strong source of community pride.

“Early on, we realized that these operations are more than ‘business as usual’ because they present an opportunity for a tribe to reflect who they are as a Nation,” says Mancini. “We understand how important it is that these businesses properly reflect that pride.”

Mancini says that once a tribe successfully establishes a c-store, many have gone on to create additional ancillary businesses, including new travel centers, smoke shops, quick service restaurants and even fuel distributorships and bulk fuel plants. The expansion of their business and economic development, he says, is crucial to tribal employment, self-reliance and ultimately, a tribe’s sovereignty.

For existing operations that are underperforming, he says, there’s also a solution.

“We have also helped turn around several under-performing tribal operations,” says Mancini. “We’ve worked with a number of tribes to improve operations and ensure an efficient and effective organization structure of all operational levels for the facilities.  Ultimately, these became success stories, which benefits the whole community.”

Recently for a tribe in California, for example, BSSG conducted a multi-phase assessment of the market to improve the success of the tribe’s existing convenience store. Recommendations included land clean up, budget requirements, employment requirements and training, as well as community input.

For Mancini, business development is not just a job, but a passion.

“We absolutely love working in Indian country.  The people, the communities, the traditions, all surrounded by breathtaking scenery make each story unforgettable,” he says. “We’re not just putting in stores or doing analysis and moving on. We’re invested in their continued success and bringing sustainable economic growth that tribes can depend on and be proud of.”