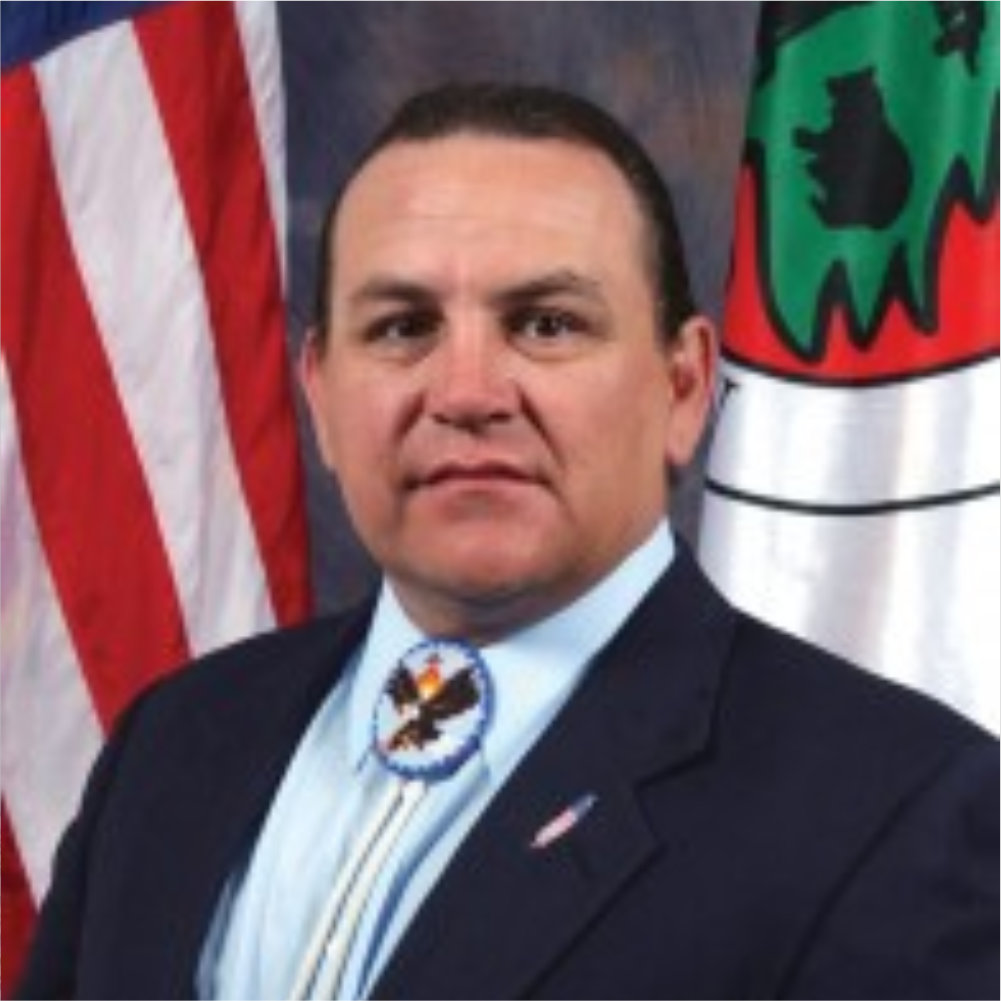 Patterson has dedicated himself to the cultural and historical revitalization of the Oneida people, and has worked diligently over the past two decades to ensure that his Tribe provides means for the well-being of the seventh generation to come.

Under the leadership of the Men’s Council and Clan Mothers, the Oneidas have created numerous new economic and social opportunities for their people, including comprehensive health and community programs. Among those programs are housing initiatives and recreational programs, including a resurging lacrosse program, and educational incentives, including an Oneida language program that will ensure the Oneida language will thrive for generations.

These achievements have been made possible by the revenue earned from the Oneida Indian Nation’s enterprises.

In October 2010, Patterson was re-elected for his third term as President of United South and Eastern Tribes (USET), a national Indian organization that represents 25 Tribes east of the Mississippi River. As President, he has led the organization to develop for the first time, goals and a strategic plan that will enable the organization and 25 tribes to stand unified on issues. He also serves on the National Tribal Natural Resources Strategy Group that has unified over 10 tribal organizations. This group’s focus is to develop a national natural resource strategy that will unite 565 federal recognized Tribes. Through his efforts, USET recently sign a covenant with Affiliated Tribes of the Northwest Indian (ATNI), uniting the voice of 80 tribes, and working to achieve common goals and priorities.

He has served as a Co-Chair, as well as Chairman, of USET’s Culture and Heritage Committee since its inception. The committee is involved with influencing and advocating federal laws and policies as they affect the cultural integrity of the member nation. The committee further advocates for proper repatriation of remains and artifacts, the protection of sacred sites and the promotion and protection of American Indian cultural identity. USET plays a major role in the self-determination of all member Tribes by working to improve the capabilities of Tribal governments by promoting Indian leadership, improving the quality of life for American Indians, and protecting Indian rights and resources on Tribal lands.

At the Oneida Indian Nation, Patterson was active in efforts to revitalize Oneida culture and heritage to counter the effects of 200 years of poverty and displacement. In 2005, he was named Cultural Affairs Director of Indian Country Outreach. He serves as the Tribe’s liaison to several local and national organizations, including the National Park Service. He is dedicated to educating the community about the role the Oneidas played in the Revolutionary War and the founding of this country. Patterson maintains a relationship with and actively participates in events at National Historical Park sites including Valley Forge, Saratoga Battlefield and Fort Stanwix National Monument – all locations where the Oneida Indian Nation played key roles in the Revolutionary War. Patterson led a delegation of Oneidas in the annual Commemoration of the Battle of Oriskany, one of the bloodiest battles of the Revolutionary War and one that was vital to the American victory.

Patterson has played an integral role in efforts to repatriate ancient Oneida artifacts, including wampum. The Oneida Indian Nation has been acquiring notable pieces of Oneida and other Haudenosaunee (Iroquois) artwork for the past several years. Part of that collection includes over 700 pieces of beadwork, believed to be one of the largest assemblages of Haudenosaunee beadwork in existence. He also is the Tribal liaison for issues related to the Federal Native American Graves Protection and Repatriation Act. He has been active in government-to-government consultations on a variety of issues with local and state governments and federal agencies, such as the Environmental Protection Agency, the Federal Advisory Council on Historic Preservation and the Fort Drum Army Base.

As recently as November 2010, Patterson was nominated by his nation and selected to serve on the board of trustees of the National Museum of the American Indian, a Smithsonian Institution. He also currently co-chairs the Department of Interior (DOI) Tribal Consultation Team, which is comprised of Tribal Leaders as well as the leadership of agencies within DOI. This team is responsible for the drafting of department wide Tribal consultation policy and implementation process.

Well-known as an authority on contemporary American Indian cultural issues, he has spoken on the topic at several conferences, including the annual American Indian Law Symposium sponsored by the St. Thomas School of Law. He has completed several continuing education and executive programs, most notably the “Leadership for the 21st Century” and “Senior Executives in State and Local Government” programs at Harvard University.

Patterson also serves on several committees and commissions, including the Community Policing Committee, which he chairs. He is the Chairman of the Oneida Indian Nation Athletic Commission, which oversees professional boxing matches on Tribal lands. With the help of his hard work and dedication, he has seen the “rebirth” of his Tribe, assisting his people with overcoming 200 years of poverty and hardship. The Oneida Indian Nation is once again a thriving economic leader able to provide for its people, as well as the surrounding community, and remains dedicated to holding fast the silver covenant chain of friendship with the United States.